Originally built in 1929, and designated a Seattle Landmark in 2005, this urban fire station in Seattle’s University District underwent an extensive renovation and addition that doubled its size. The design highlights the historic elements of the building and focuses on operational efficiencies. The new apparatus bay, drill court, and crew quarters allow crew and equipment to move quickly throughout the building and on and off the busy intersection.

In collaboration with Bassetti Architects 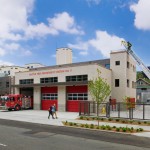 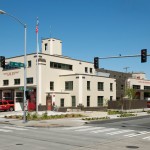