Ten years after its creation, Rice Fergus Miller’s office in Bremerton, Washington remains a showcase for sustainability and community building. The project, which was completed in May 2011, is still one of the nation’s most energy efficient buildings. It remains among the top ten highest-scoring LEED Platinum for New Construction buildings in the United States.

“Ten years ago, sustainability wasn’t talked about a lot on this side of the water. We were ambitious with our goals, taking a building that most people would have probably torn down, transforming it in a way that reflected our vision for green design,” explains Rice Fergus Miller founder, Steve Rice. “This was an experiment, and we were the guinea pigs. We didn’t do it with the hope of gaining a targeted number of LEED points or by following any checklists. We did what made sense to us, given what we inherited. The fact that we scored enough points to tie for the highest rated building in North America showed that our instincts were correct.” 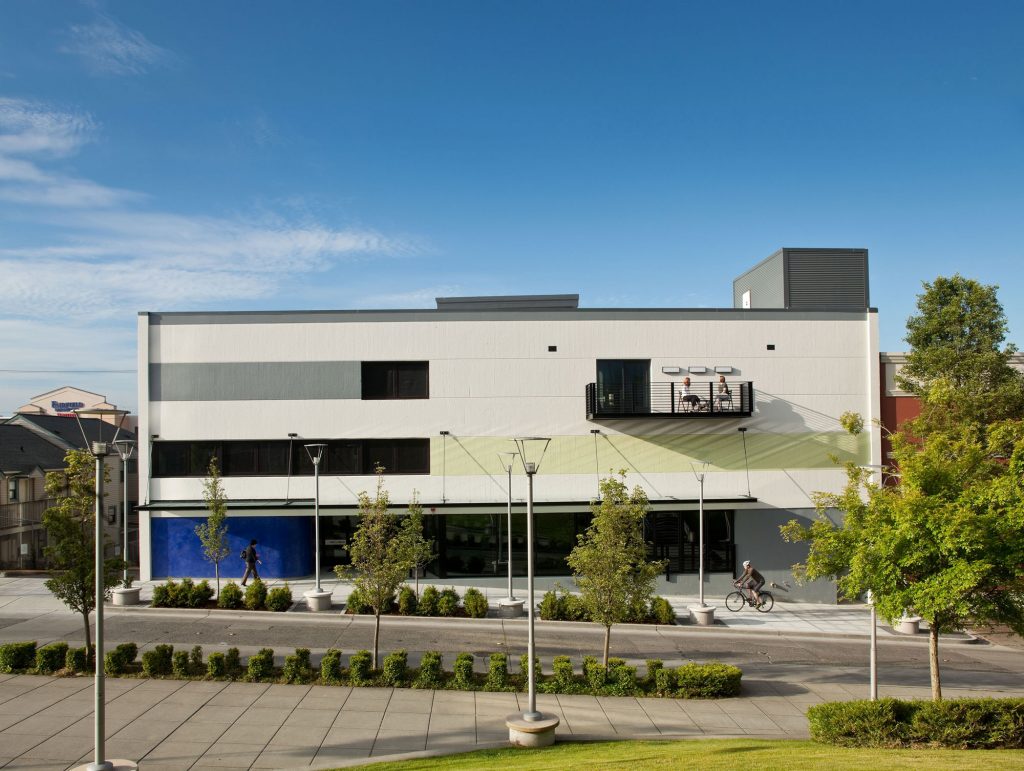 The renovated office building once served as the home of a Sears Auto Center. It was built in 1948, during Bremerton’s post-World War II heyday, and was empty 24 years before Rice Fergus Miller stepped in to reimagine it as an emblem of thoughtful energy efficiency.

The completed three-story Office & Studio features a rainwater harvesting system that reduces the building’s potable water use by up to 60,000 gallons annually. Cisterns in the basement capture and store rainwater for reuse in toilets and irrigation. “Ten years ago, people weren’t thinking as much about saving water as they are now. Installing cisterns wasn’t the most cost-effective move, but it felt like the right thing to do,” says Rice. “As droughts and massive wildfires have ravaged the Western United States in recent years, we’ve started to see firsthand just how important it is to conserve our precious freshwater resources.”

The building operates on a natural ventilation system that is dependent upon outdoor air and operable windows for the majority of the year. Because the building envelope is super-insulated, HVAC equipment remains off approximately three quarters of the year. This drives its extreme low-energy profile. Heating and cooling are only allowed when the outside temperature dips below 55 degrees F or rise above 75 degrees F. The office space is remarkably comfortable all year, and during the recent Pacific Northwest heat wave, the building barely topped 80 degrees inside. The building’s Energy Use Index (EUI) is 18.2, about four times lower than a basic energy code-compliant new building today.

Beyond high-performance design, the office also acts as a convivial and educational laboratory for a downtown that is still struggling from the aftermath of shuttered, vacant storefronts after the arrival of the Kitsap Mall drove businesses to nearby Silverdale beginning in 1985. Rice Fergus Miller’s studio area lives on the building’s upper level, in what was once the auto center’s inventory floor, leaving the main floor for the firm’s “forum” and meeting spaces.  RFM welcomes community and non-profit groups to use these areas. In the first three years of operating, RFM hosted over 125 community events, including fundraisers, political campaigns, nonprofit board retreats, a senior prom dinner, and a free jazz night for 100 guests.

Rice, who is equally passionate about sustainability and community, welcomes guests with a brief chat about the power of reuse and conservation, inspiring attendees to think differently. In the process, such events help bring much-needed foot traffic to downtown. COVID-19 has impacted the firm’s ability to host community events, but as soon as there is a need and it is safe to do so, the firm will swing its doors wide open again.

“When a city loses its retail businesses it also sees the places where people come together – bars, restaurants, officer’s clubs, theaters – fall away. At that point, it loses its soul. If we can help bring people together downtown then we are achieving sustainability on a whole different level,” adds Rice.

The milestone anniversary of the Office & Studio’s debut coincides with organizational changes at Rice Fergus Miller. After founding the company as a one-man operation in 1987, Rice, and partners Dave Fergus and Mike Miller, are handing the reins over to principals Greg Belding—Rice’s very first employee—and Jennifer Fleming. As Rice Fergus Miller moves into a second generation of leadership, the building serves as a reminder of a pioneering visionary spirit that is reflected in such recent projects as the 7 Cedars Hotel & Casino for the Jamestown S’Klallam Tribe in Blyn, Washington, the Quincy Square revitalization effort in downtown Bremerton, and the Meridian Fire Station #6 in fast-growing Meridian, Idaho.

“So many places across North America have gone through the same thing as Bremerton and it takes decades to rebuild these small, comfortable cities,” explains Rice. “We did something remarkable with our building toward that effort, and I know the firm will continue in that spirit. We always want to do the right thing for communities to help create a healthier standard of living for all.”

It can be difficult to quantify the impact of the building’s remarkable profile, but when Rice talks to visitors, he leaves them with this: “If every commercial building owner in Washington State took measures to reduce energy use to the degree we did, you’d be able to remove 7 of 9 dams off the Columbia River.” 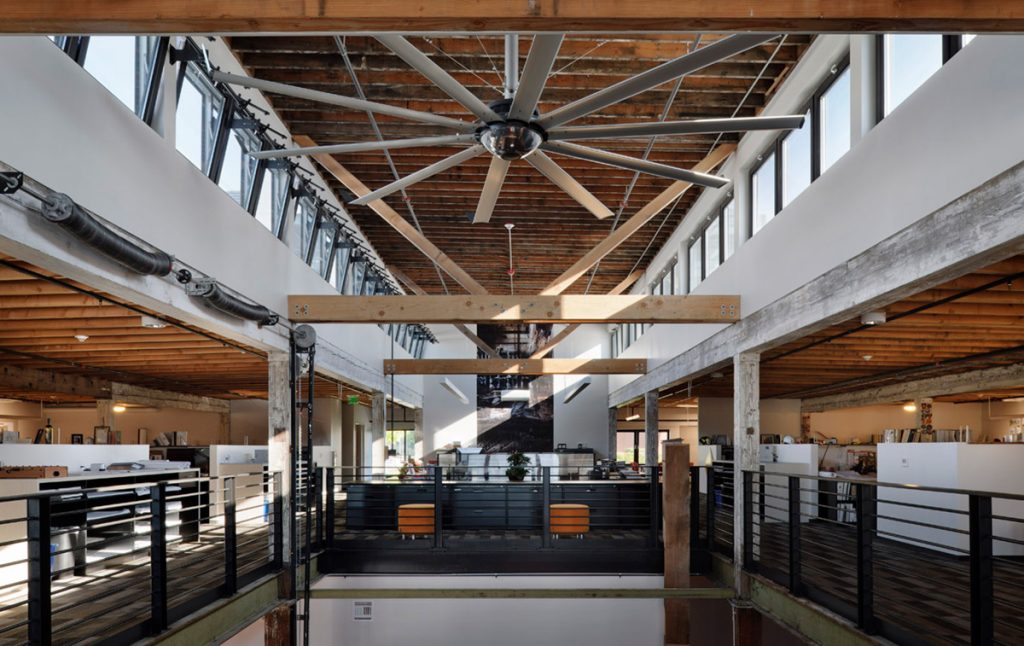 Rice Fergus Miller, Inc is the professional partnership of Steve Rice, Dave Fergus, Greg Belding and Jennifer Fleming, begun in Bremerton in 1987. As a Certified B Corporation, the firm is committed to performing meaningful work that builds and strengthens community. Housed in a reclaimed Sears auto service center that is one of the most energy-efficient buildings in the United States, Rice Fergus Miller blends the personal aspirations of its over 50 team members with a vision for sustainable communities. Learn more at www.rfmarch.com.